Dan Kanvis is a Los Angeles based designer and
artist focused on branding and concept-driven work. Research and empathy are key elements of his process. 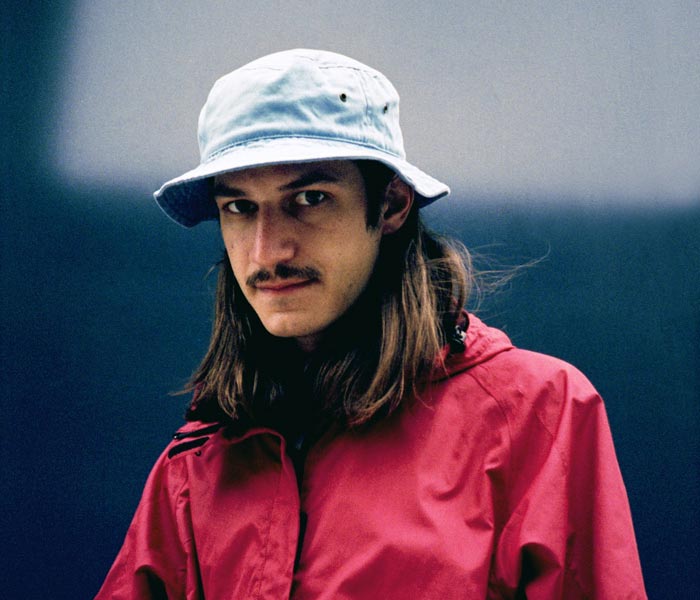 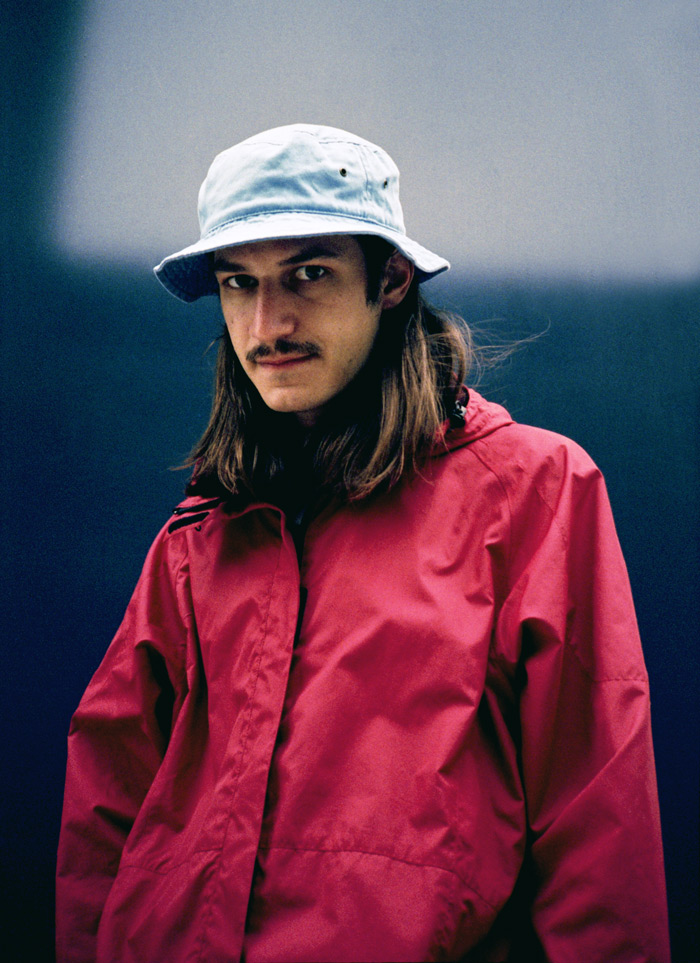 Dan Kanvis is a Los Angeles based designer and artist focused on music, branding, and visual work. His new album Understanding Dead Plants is out now.

Dan Kanvis is a Los Angeles based designer and artist focused on branding and concept-driven work. Research and empathy are key elements of his process.

Salient was a live, multi-media experiment that took place on October 22, 2016. A performance art piece, short film premiere, and concert. 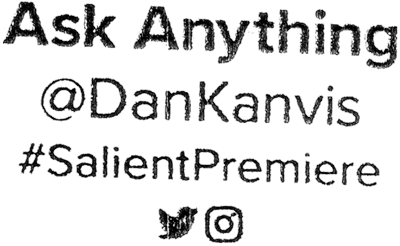 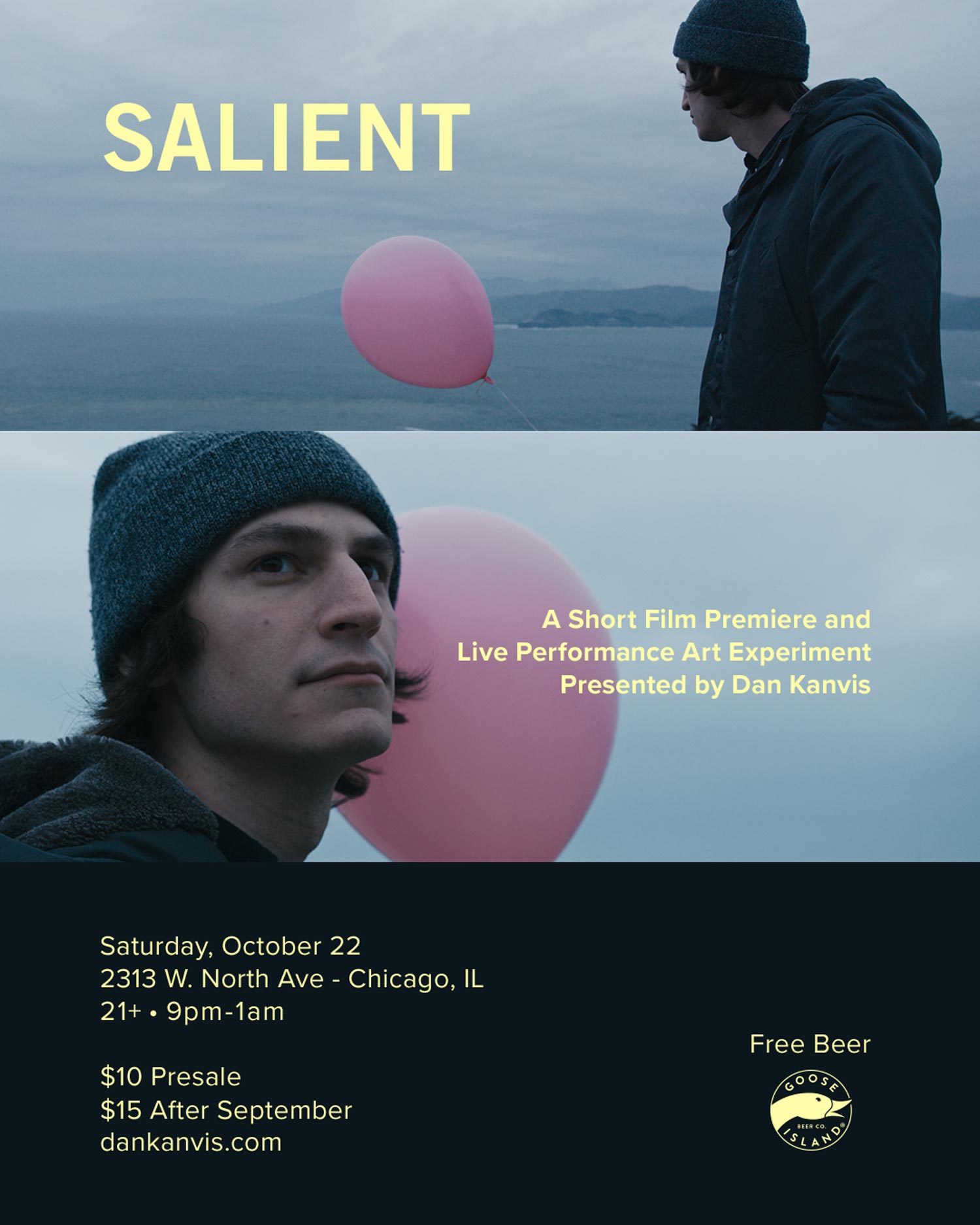 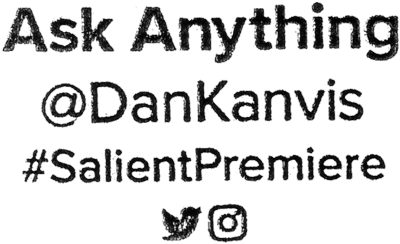 As guests entered the space, their hands were stamped and a turquoise balloon was tied to their wrists. They were also met with a request for the evening — to be open and curious.

An empty living room set sat opposite the main stage, and guests filed in between the two. Free beer was provided by Goose Island and Step handled the music, while an hour of mingling took place. 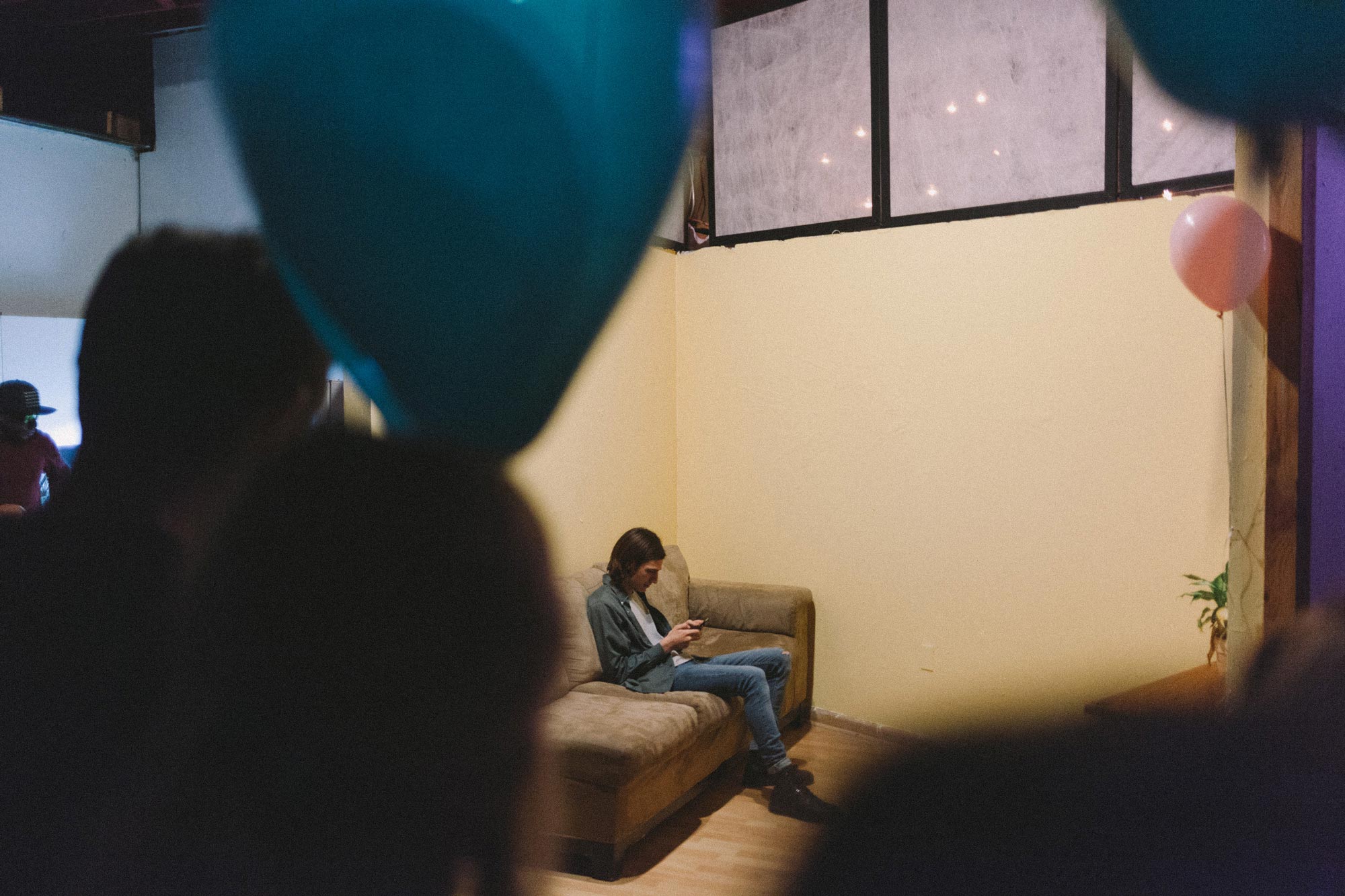 Shortly after, I entered the living room set with a pink balloon and began talking to guests using only Twitter and Instagram. The living room, my wardrobe, and the balloons were all replicated context from the short film to come. 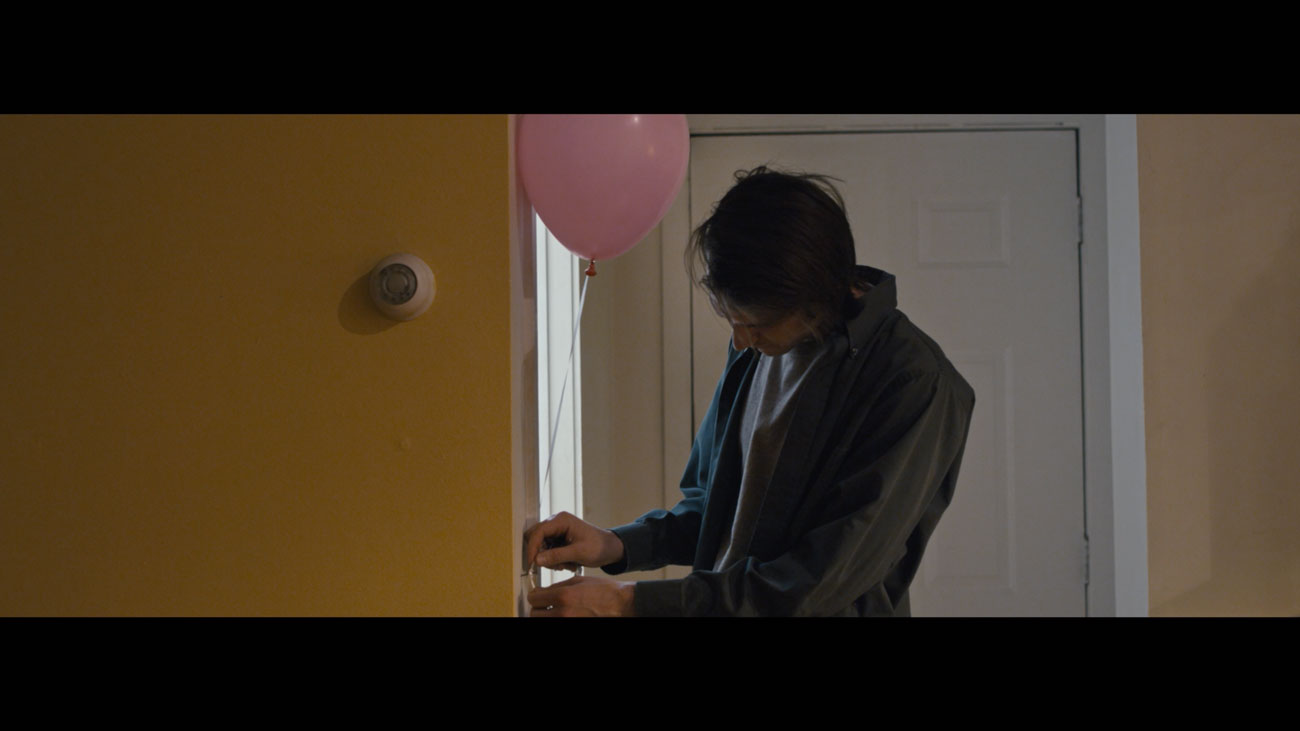 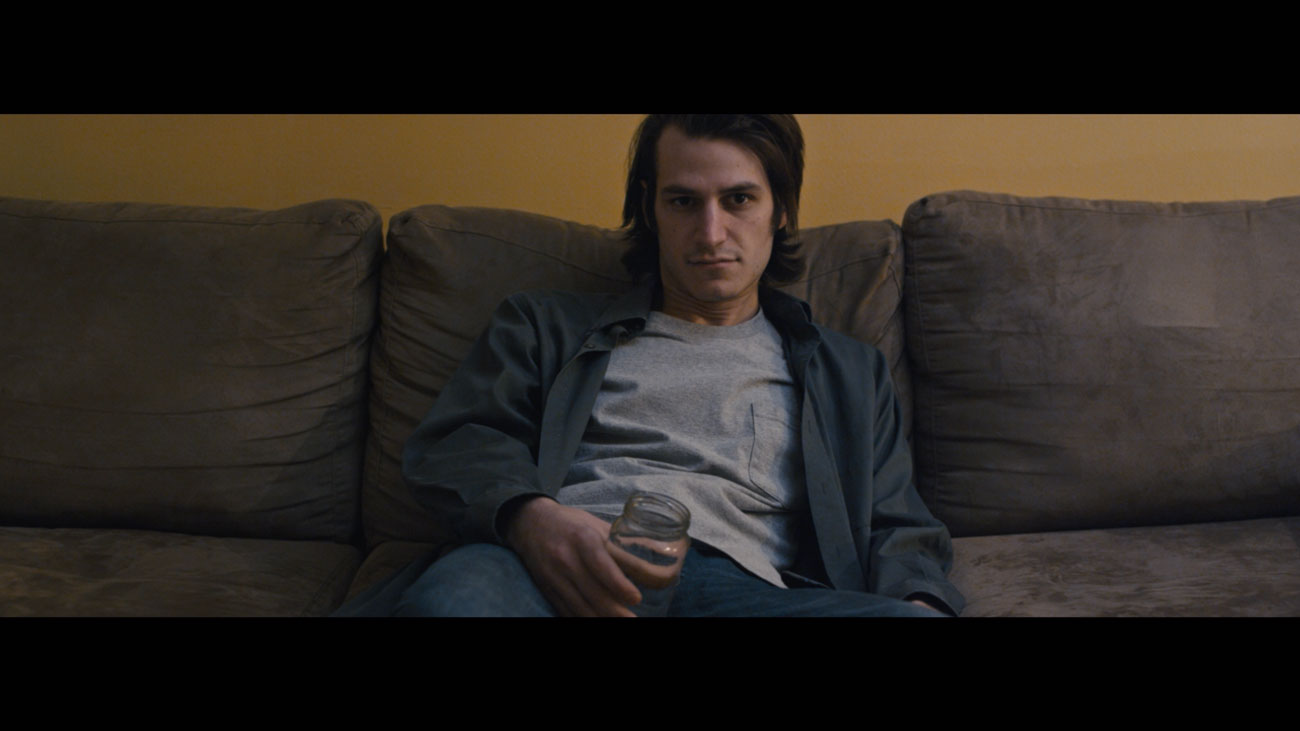 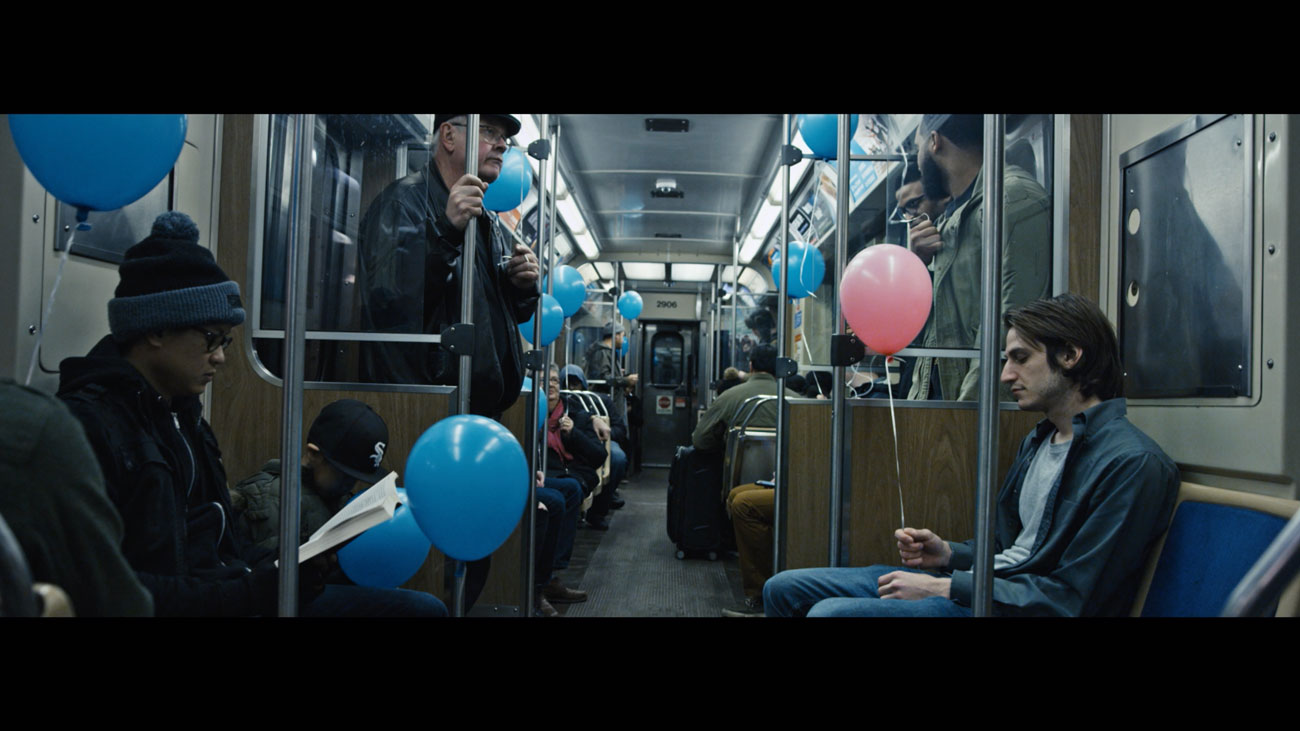 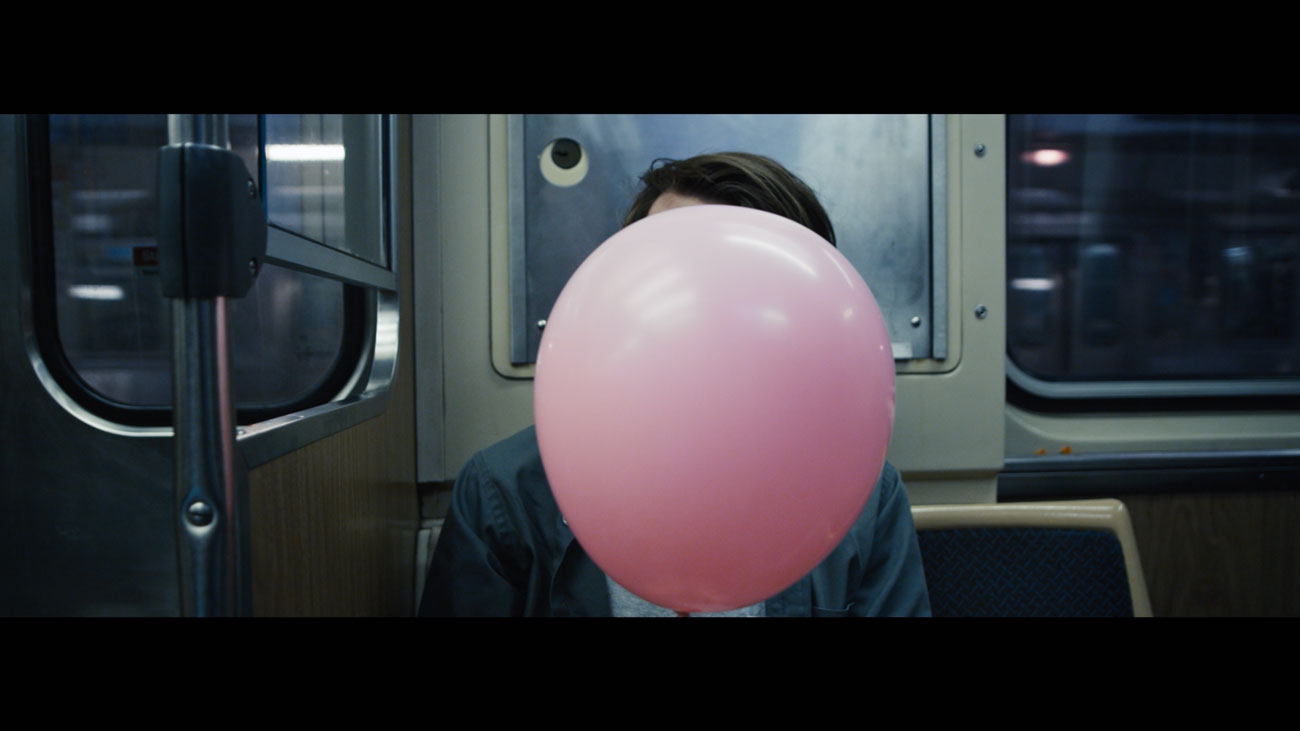 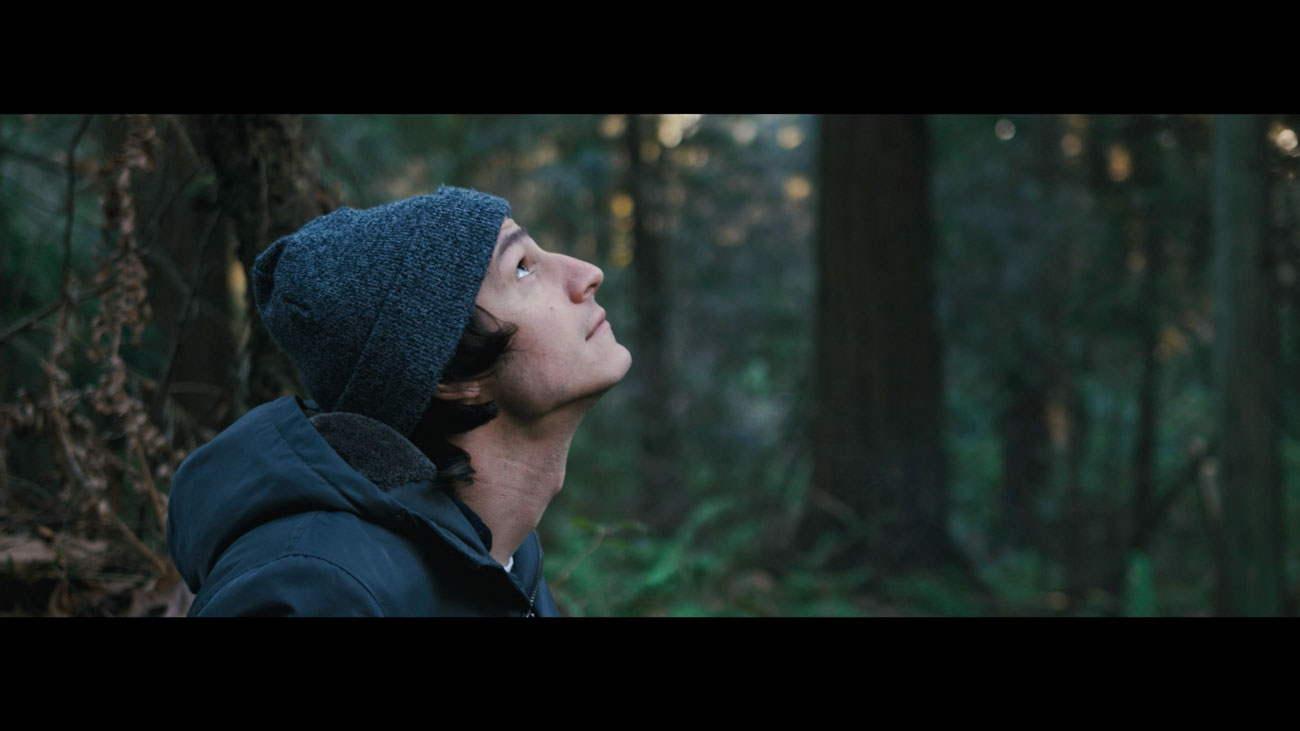 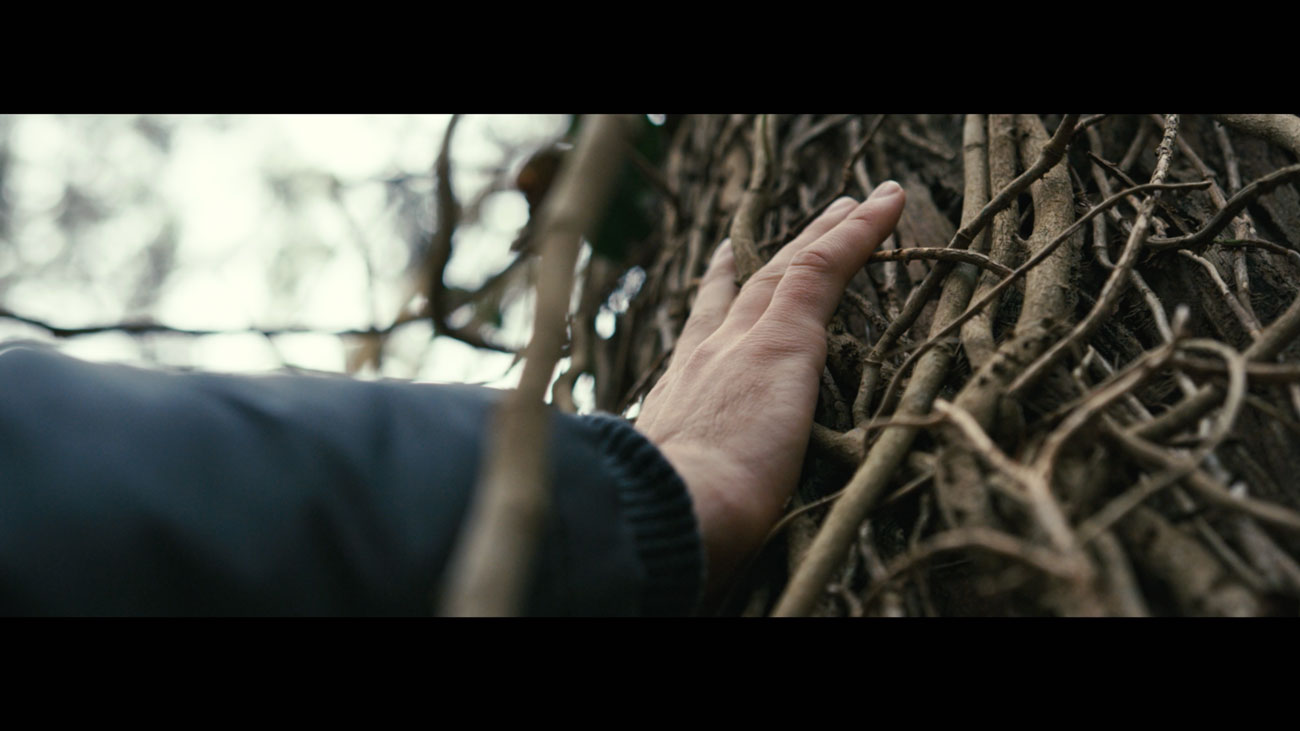 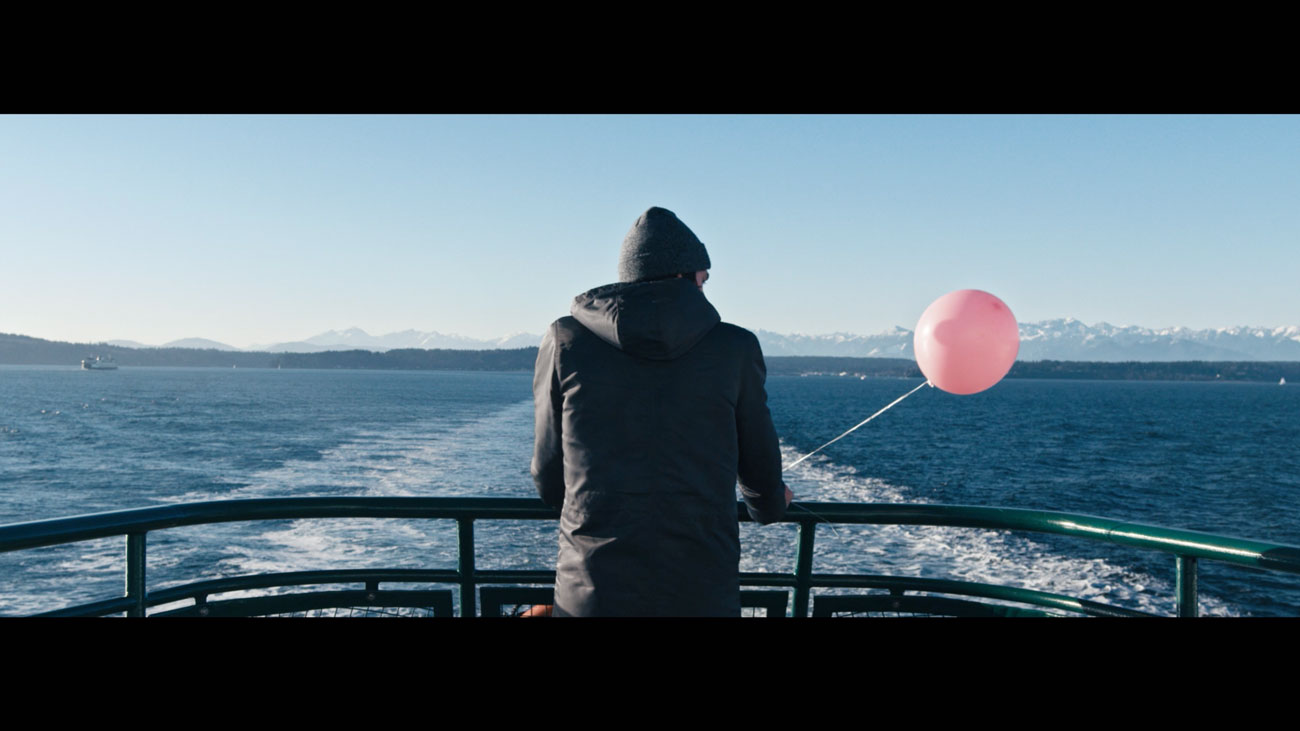 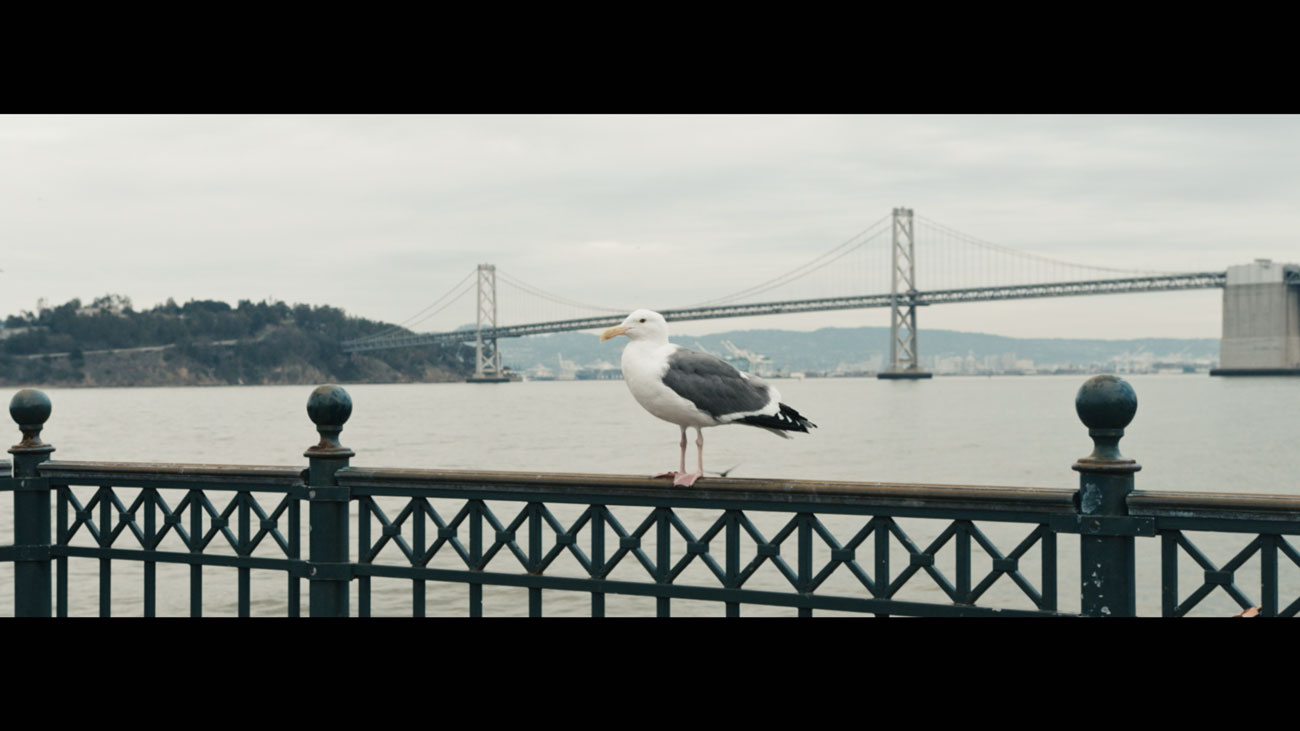 Film made in collaboration with Visual SZN

The short film will be released this year.

Film made in collaboration with Visual SZN

We're constantly tapped into a barrage of conversations happening online that affect us emotionally in real life. I thought it'd be interesting to highlight this idea in a physical way. Be a living, breathing art piece within a social setting. An interactive painting, or the phone in your pocket personified.

Among tweets and comments, I recited three poems meant to drive the conversation. Each time, I directly addressed the audience. The goal was to see if people would feel more comfortable asking deeper questions digitally than in person. As much as social media can support a facade, it also creates a buffer for individual honesty.

There were no rules against entering the living room, but the audience kept their distance until one person decided to sit next to me on the couch. After that moment, many followed. Some shared quick conversations, as if to not interrupt the performance, while others decided to hang out.

I'd developed a loaded screening experience, giving context to the main character by embodying his emotions and values in my performance. The balloons defined the separation between the audience and me, as they do in the film.

This was an interesting experience because the character in the film feels like an extension of me. I hesitate in using the term "character" because he wasn't constructed out of any experiences other than my own. He's a reflection of my state at the time, written from the same vantage point as my previously released music, the poems, and my answers during the performance.

I think the difference is that Dan Kanvis allows me to share my perspective while controlling the amount of cognitive dissonance. It's my way of slowing the world down for a moment, so I can offer ideas that I feel will have value to those around me.

When the film finished, the room wrapped in visual projections and I took the stage with my band to perform a 45 minute set, directing everyone in the room to release their balloons to the ceiling. Step followed with a DJ set to close the night. 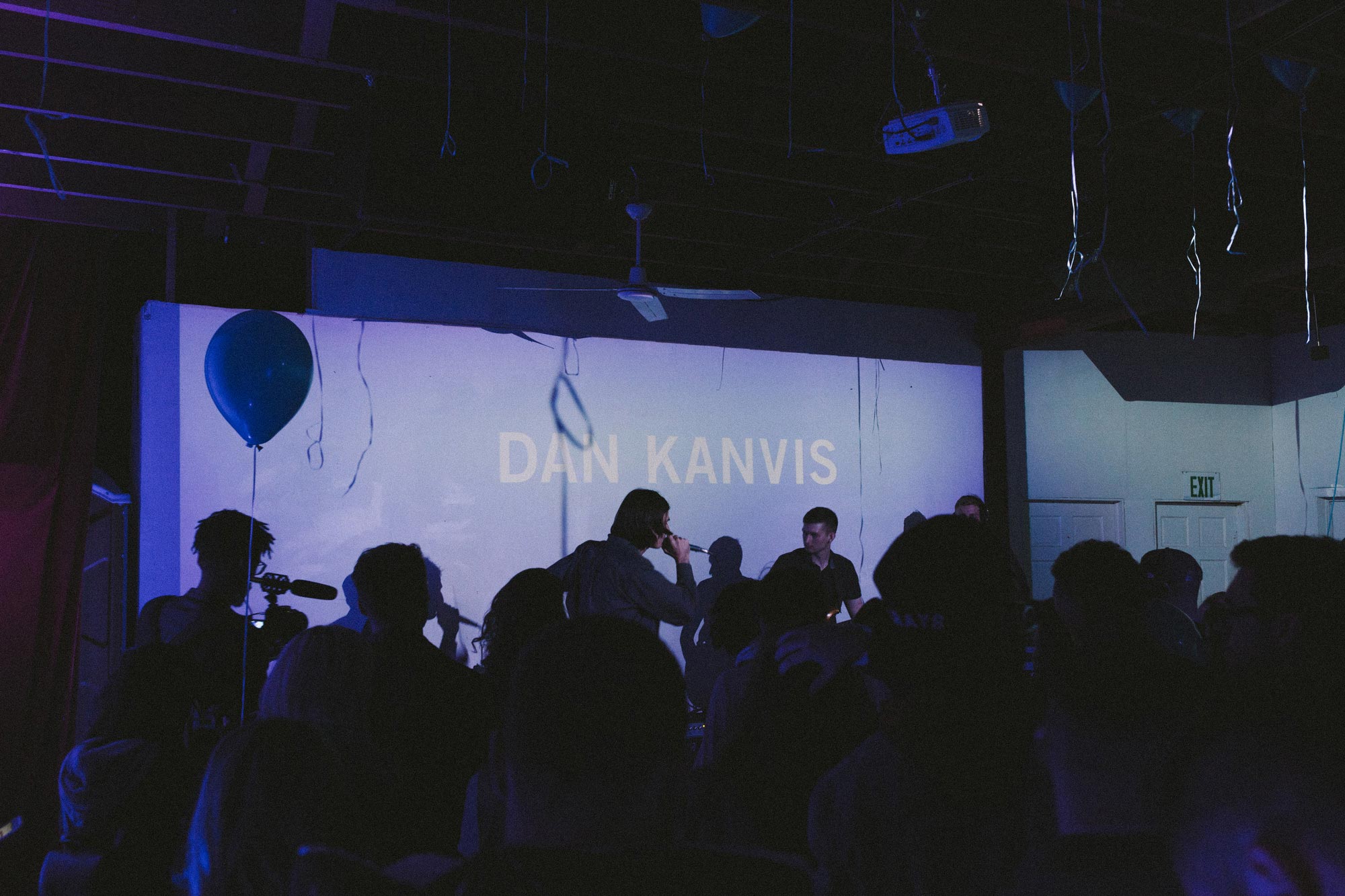 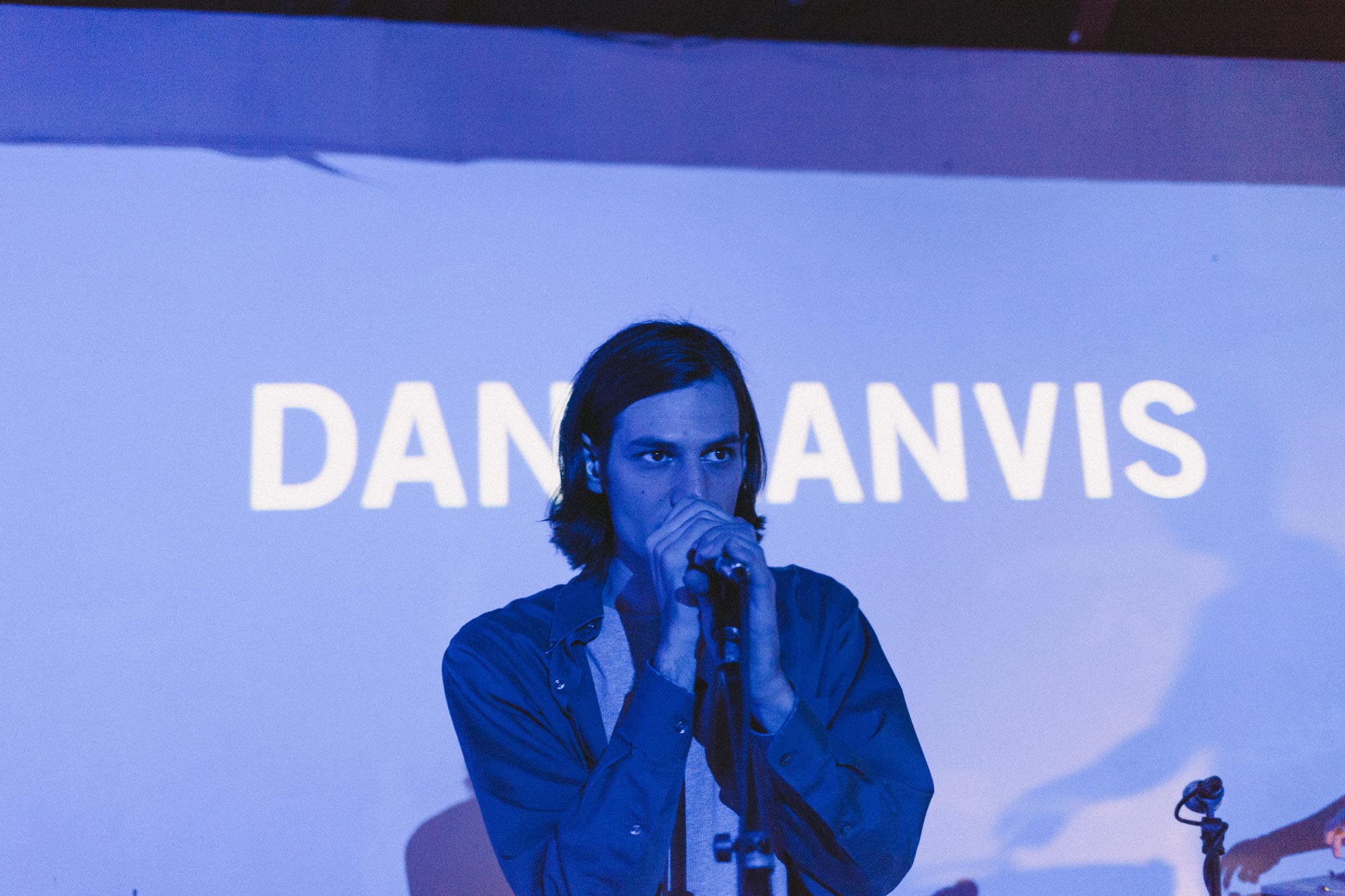 As much as this event was intended to be an experiment, it provided me with release from the content of the film, which was written from a place of loneliness and isolation. A time when I was feeling very small, and a mental space that I can still slip into sometimes. I was able to be vulnerable for a moment and focus the attention in the room, allowing space for conversation among strangers.

My work is ultimately about sharing information, in an effort to tighten the gap. Salient showcased the space between us, and maybe it will become a catalyst for an ideological change in those who attended. We all left with something to think about, and that makes me appreciate the time.